Over the past two and a half years, NUVISION ENTERTAINMENT MEDIA PR has helped many clients focus in on their marketing and PR "wishes" to meet their career goals and "dreams".  Below is a couple of examples of the type of PR that Nuvision Entertainment Media PR is capable of providing our clients:

An Actress With A "supporting role" in a major feature film, who wanted to attend the People's Choice Awards.

Without having PR, this actress would not have attended the Peoples Choice Awards as just "starring" roled entertainers attend.

NUVISION ENTERTAINMENT MEDIA PR contacted the People's Choice Awards and through our persuasion were able to get this actress 6th row seats at the Award show, was able to walk the "blue" carpet and get infront of over 100 media photographers and interviewers, as well as, was able to attend the after party. Without our PR service, this actress would not have been able to attend this event. It certainly furthered her visibility and got her media exposure that she would not have had otherwise. 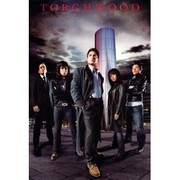 An actor that appeared as a Guest Star in the TV hit "Torchwood".

This actor seeked further visibility after his guest-star appearance on Torchwood. We provided a couple of press releases, a TV interview on HLN (a CNN Company), as well as, contacted the worldwide "HUB7" conference executives in London, England and discussed him attending the event as a VIP guest, signing autographs and meeting fans.

Due to his awesome performance on the Torchwood show, we were able to arrange for him an all expense trip to London, England for 4 days to attend the HUB7 Touchwood Conference. This included his hotel, food, airfare and a signing bonus worth thousands of dollars, as well as, meeting the fans and signing autographs. This PR opportunity definitely would not have happened without the assistance of "Nuvision Entertainment Media PR!"

Looking to increase your industry visibility?

Contact us today to put our team to work for you!

See for yourself how our creative solutions have driven entertainers careers to new heights!

NUVISION ENTERTAINMENT MEDIA PR is recognized as a leading PR Company in the Entertainment Industry.